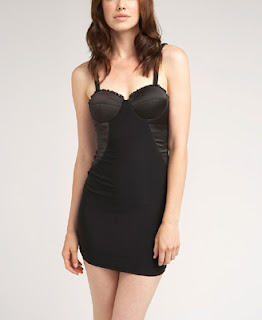 This dress is called the “Ready or Not” dress. I believe the origins of the name stem from the fact that the stitching on the cups create the illusion of eyes. It’s like your rack is getting ready to play hide and seek with good taste! 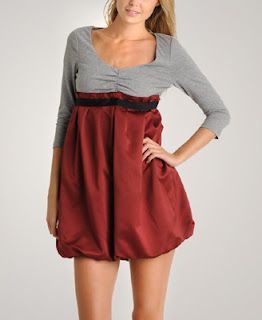 I mentioned a rule in an earlier post about not wearing anything that looks unflattering on the mannequin. The same applies for if it looks bad on the model. This is wrong in so many ways: the ill-fitting bodice, the weirdly spaced armhole, the shapeless skirt, the bubble hem. This is what you make in a Home Ec class. 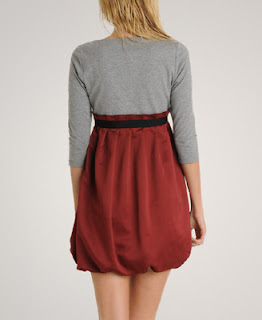 And from behind, the bubble hem/shapeless skirt combination manages to give the girl a pear shape while simultaneously hiding any semblance of an ass. That is a feat in and of itself. 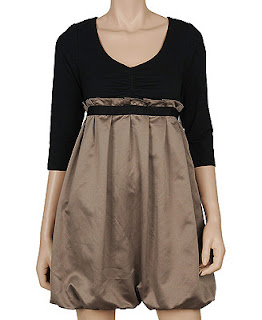 Admittedly, it’s not as bad in the always vibrant black/taupe combination. That doesn’t mean the dress is a good idea, though, by any stretch of the imagination. And, the dress still makes you completely shapeless. Worse still, in this picture, it creates the illusion of pantaloons. 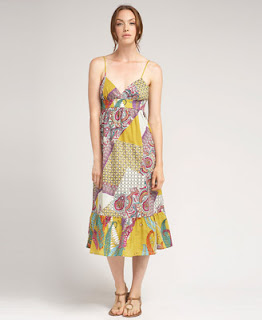 This I include only because I’m pretty sure that it’s what Sally from “Nightmare Before Christmas” would wear if Halloweentown were hit with a sudden heat wave.

Forever 21 Ready Or Not Slip Dress

One comment on “Three Dresses of Varying Degrees of Ugly”