Halloween is only six weeks away. No idea what you want to be? How about going as a vaguely trashy character from a movie set in the 1950s? 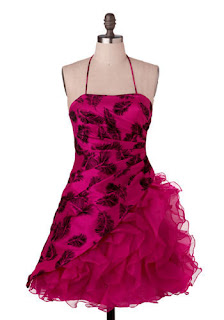 Yes, with just one dress, you too can be Cha Cha DiGregorio.

For other costume ideas, see my first post on denim dresses and teen movies.