The British Have a Word For It

What’s the difference between these: 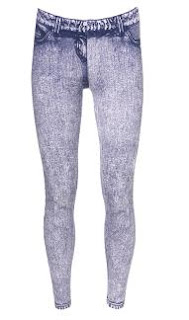 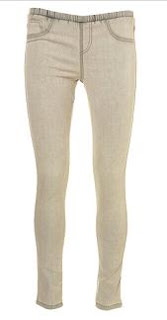 The first pair are apparently denim print leggings. The second are, obviously, Jeggings.

Yes, Jeggings. It’s not a typo. This is the official label given to them by the Topshop website. I can’t tell you why one pair is just denim-patterned leggings and why the other is Jeggings, because the website itself offers no explanation either.

And that is what’s so disturbing – that they don’t offer an explanation of the term “Jeggings.” The implication being, of course we should know the word. Who doesn’t know what Jeggings are? And clearly, “hideous” isn’t the definition, since both pairs are hideous. No, Jeggings and denim-patterned leggings apparently experienced some sort of convergent evolution, in which they look alike but cannot produce viable offspring. Which, thank god, because I’m pretty sure its offspring would destroy us all.