Hats Off to ModCloth

It’s rare that a website actually shows their products on a model. So it’s lucky for us that ModCloth has put in the time and money to show us these snappy toppers in action. 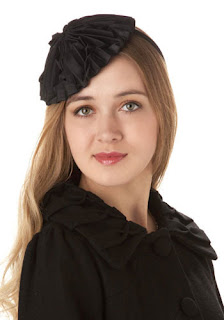 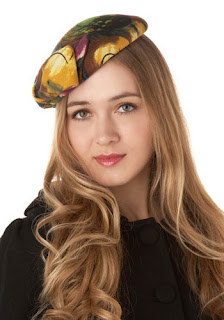 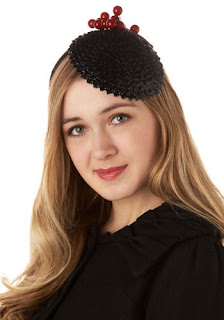 First of all, let’s give the model credit for maintaining the same demurely amused expression in all three pictures. It must be difficult to maintain such a state of demureness and amusement through a photoshoot. If I were in that situation, it would quickly morph into a bitchily annoyed expression.

These are technically attached to headbands, but they’re considered hats on the website, and since they cover at least a third of the head, I think they’re technically just hats with limbs.

So, tiny, off-center hats amuse me. They just look comical to me. They’re at such a rakish angle, they become cartoonish. The hats aren’t sitting on one’s head; they’re perched. 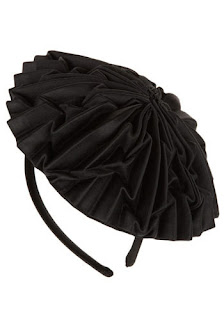 My thoughts on each are very different – this one, for example, reminds me of a coffee filter. 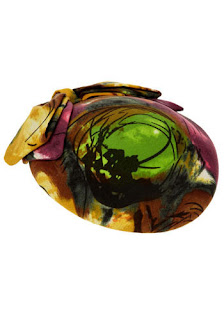 Initially, I only saw this picture of the hat, and was excited because I thought it would be large, like a giant watercolor sunbonnet. Still kind of ugly, but at least ugly in an awesomely dramatic way. I figured it would look like something someone wore when they sat in their garden in France during the 1800s, painting water lilies alongside Monet. Overdone and kind of ugly, but at least fabulously dramatic.

No, instead it’s just shrunken and hovering over the model’s face. It just looks ill-fitting, as if she’s been instructed by her young niece to wear this tiny doll’s hat while they play dress-up. 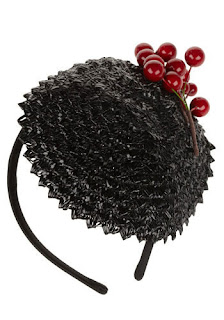 And this one? Never mind the random sprig of berries, attached to it as an afterthought to make the hat more complex than just “a black disc on a black headband.” 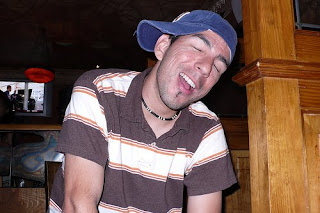 It’s not just me, right? Does anyone else see it?