I Was Just Totally Clueless

Okay, so initially, I was going to make a joke about how, even though it’s 2010, you’d think it’s 1995 from looking at this cropped sweater, because it looks like something Cher would wear around the house while telling Josh that Ren and Stimpy are like, way existential. 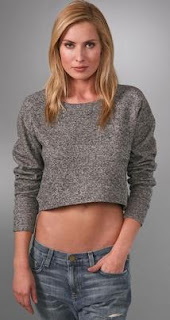 Then I started thinking about how I had a huge crush on Paul Rudd, and how he’s managed to maintain an awkward charm despite joining the crew of smarmy Apatow characters. Then I went back to reading Clueless quotes and got totally sidetracked, so now the only thing I can think to say is: man, this model has a really long torso.