Hey, Forever 21. Glad you could make it. What’s up? How’ve you been? Thanks for the cute grey denim skirt I got the other day; I’ve been wearing it constantly. I didn’t expect that grey denim could be so versatile, but I actually have to stop myself from wearing it every day. So, thanks for that. 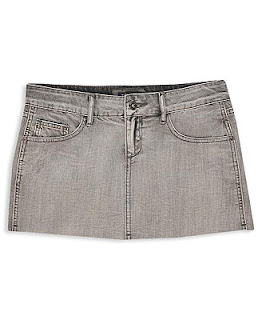 But that’s not why I called you here. We have to talk. 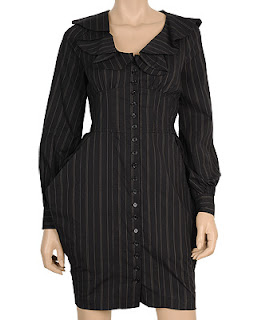 Look, I know that sometimes it seems like “couture” is just shorthand from “hideous and unwearable.” There are times when you look at a Marc Jacobs dress, and you can’t help but think of Marcel Duchamp’s urinal exhibition. I get that couture can, at times, seem too ugly to actually be fashionable, so therefore its unwearability must be what makes it couture. 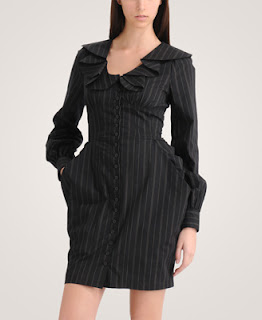 But you’re Forever 21. Your job is to bring affordable, disposable clothes to the masses. Your job is not couture. And even ignoring that aspect, you’re subscribing to the “couture is unwearable” school of thought, which sort of defeats the purpose of making accessible clothing. 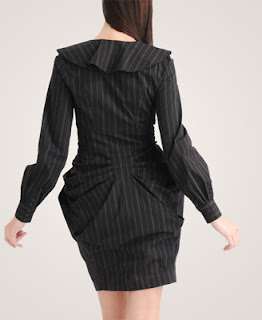 Sometimes, your clothes accidentally add volume around the hips. This is not a case of accidental. You apparently thought it was a good idea to have the hip pockets jut out in front, while complementing them with a giant butt bow. And that is a giant one. It looks like the model is wearing butt padding.* 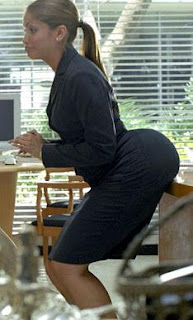 I’ve mentioned my rule in the past of, “if it looks bad on the model/mannequin, it won’t work on you” (also known as, The Mannequin Rule). This is a prime example. 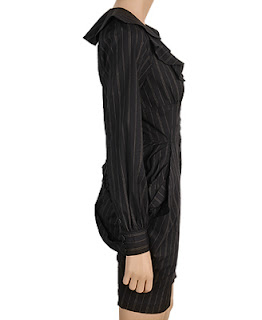 I know you’re capable of so much more, Forever 21. My favorite dresses have all come from you. I wear your scoop-neck t-shirts literally every day – and when I say literally, I mean it in the literal sense, as opposed to the increasingly common slang sense meaning “sometimes.” No, really, I dress like a cartoon character, in the same thing every day.

So be better than this, Forever 21. Stop this couture foolishness and go back to making awesomely wearable surplice dresses and astonishingly trashy club clothing. That’s what you’re best at doing. Embrace it. And please, I’m begging you, burn the pattern for this dress so that no future generations can make the same mistake.

*In my defense, the only reason I knew to look for a still from Date Movie was because I worked for the studio that produced it, and I had to copy the script every time a new revision came in … and there were many, many revisions.